Defiant behavior can be common amongst troubled teens. Teens can boldly resist what their parents ask them to do to feel accepted among their friends or look "cool". But there are a few troubled boys out there that really struggle with taking direction from any authority above them. Most of them started having defiant behavior issues at a very young age, sometimes as young as preschool. For children who struggle with these behavior issues, and sometimes even those 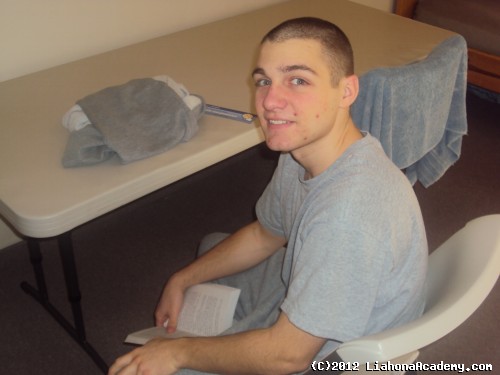 who didn’t struggle as much, from such a young age, there are a few consistent signs that they could be developing Oppositional Defiant Disorder (ODD) or more mild cases of defiant behavior.

You may notice a few of these signs in your troubled teen, but teens with ODD usually display them more openly and more often than normal misbehavior. These signs could also hint at similar possibilities of behavioral issues so help from a professional should be considered. Liahona Academy is a residential treatment center that can help troubled boys with Oppositional Defiant Disorder. Our therapeutic programs and special trained faculty and staff have changed the lives of many teens with ODD. If you think your child may be struggling with ODD, consider a residential treatment center like Liahona Academy. We have provided a safe and secure environment with excellent role models for troubled teens. Though we are consistent with discipline, we help these boys to grow by rewarding good behavior and distinguishing the correct way to communicate anger.

Liahona Academy is a wonderful residential treatment center, and could be the answer that you have been looking for. If you suspect that there could be an underlying issue of ODD in your troubled teen, consider further research into our therapeutic programs and help your teen to solve this problem before it’s too late. Call Liahona Academy at 1-855-587-1416 today.