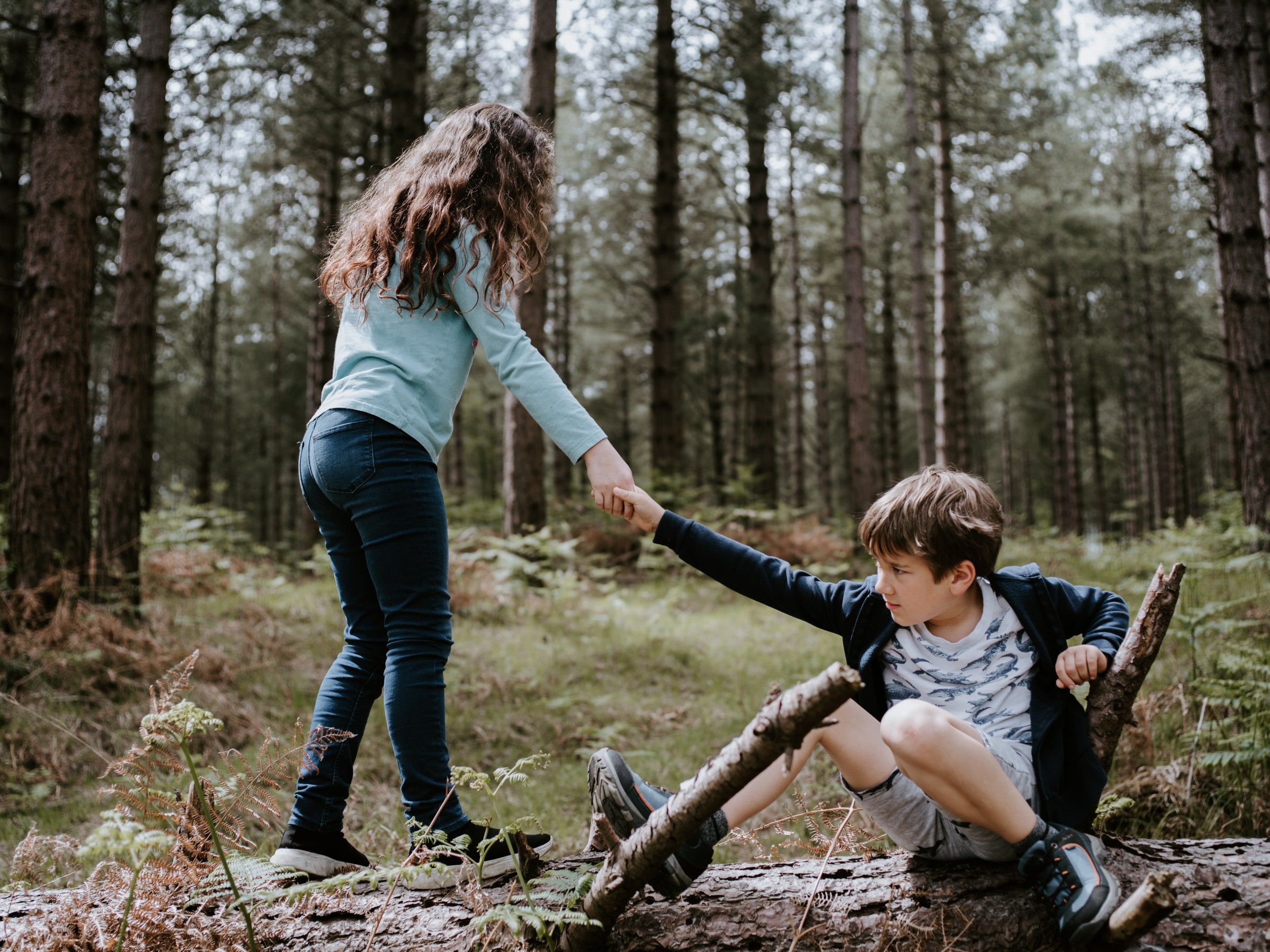 It is rare that a set of siblings never squabbles or occasionally roughhouses together. There is, however, a line between what is expected and healthy conflict between siblings and what has crossed over into deliberately hurting and abusing siblings. Parents must be able to tell the difference between regular sibling rivalry and outright abuse.

Violence or abuse against a sibling will start to have clear patterns, with repeated physical aggression and an evident determination to cause pain. In these cases, this is not a harmless sibling rivalry motivated by a need to outshine a sibling somehow. Instead, this abuse is motivated by a need to control and have power over a sibling. Ask yourself, “Is your teen consistently hurting his siblings?” “Has this behavior started to develop a pattern?” “Has the aggressive behavior been escalating?” Remember that it’s also essential to consider the age-appropriateness of the behavior. For example, seeing your kindergartener hitting his toddler sister because he wants the toy she just grabbed is quite normal. It should still be addressed, of course, but it may be considered to be a regular part of the sibling dynamic. If your fourteen-year-old punched his brother or pushed him hard enough to slam him to the ground without provocation, this might indicate that there is a more serious concern. The trouble is that the aggression is going to continue to escalate without effective intervention. The safety of your other children needs to become your primary focus now.

Physical abuse is a priority when it comes to protecting siblings from the aggressive teen in your home. However, there is also the possibility of emotional and mental abuse. Violent behavior will often start as teasing, insulting, belittling, and finding any excuse to poke fun at a younger or more insecure sibling. A younger child may be bullied to the point of being highly emotional and may also start to act out in new and uncharacteristic ways. An older aggressive sibling may also do subtle things to cause trouble with other siblings. This could include breaking favorite toys, stealing belongings, and trying to get them into trouble. While the physical side of the abuse is very troublesome, it is often the mental health results of abuse that parents will need to help their other children with.

It can be difficult to pinpoint that exact moment when healthy and expected sibling rivalry escalates into abuse. In many situations, it’s due to the abusive teen not having the right coping skills needed to get through conflicts. It could also be their mental health struggles come out as a need to control anything in their lives, with their younger and more vulnerable siblings being an easy target. An older teen in charge of younger siblings may also not know the limits of discipline if the younger children act out. If there is a history of abuse in the household, it can be an easy path to seeing an abused teen now taking the same actions against someone else.

The consequences to be aware of

It’s important not to dismiss sibling violence as just an escalated version of sibling rivalry. There are serious consequences for the siblings who are being targeted, both long-term and immediate short-term consequences. Younger children could begin to act out at school, but there are other potential concerns, including: Long-term consequences could extend into adulthood for both the aggressive teen and the bullied siblings. Both could find themselves struggling with mental health as adults, but they may also see some repeating of the pattern of abuse in relationships with others.

What parents can and should do

Parenting can feel like an endless winding road of challenges. It can be a challenge to know your next step, particularly when faced with an aggressive teen who is purposefully hurting their siblings. What parents can do to intervene with sibling violence: Make time to talk to each child independently to understand what they are thinking, feeling, and experiencing. A child abusing a sibling often struggles with issues in his world, and he doesn’t know how to handle them.

When a child comes to you and says he is being bullied and hurt by a sibling, it can be easy to dismiss this as a part of sibling rivalry and normal sibling dynamics. If you’ve noticed any sign of aggression and physical abuse, pay attention to what your child is saying so you can get everyone in your family the help they need. A therapist who has experience with family therapy, the dynamics of a family, and addressing violence within the family can be a good resource when faced with aggressive siblings. Within the safety of the therapist’s office, you’ll each learn how to handle conflicts and address concerns that you are dealing with individually. Remember that it’s not just about getting help for your children. This is a crucial part of helping your family to heal, but it’s also important for you as a parent to learn how to manage your anger, frustrations, and stresses. Each member of the family is sure to learn so much through therapy. Your children, even your teens, will look to you to model the behaviors that they are expected to display. In some more extreme situations, particularly those with other concerns with your teen, it may be better to consider a residential treatment environment. Troubled teens can better focus on what they need to do to heal in a new environment.