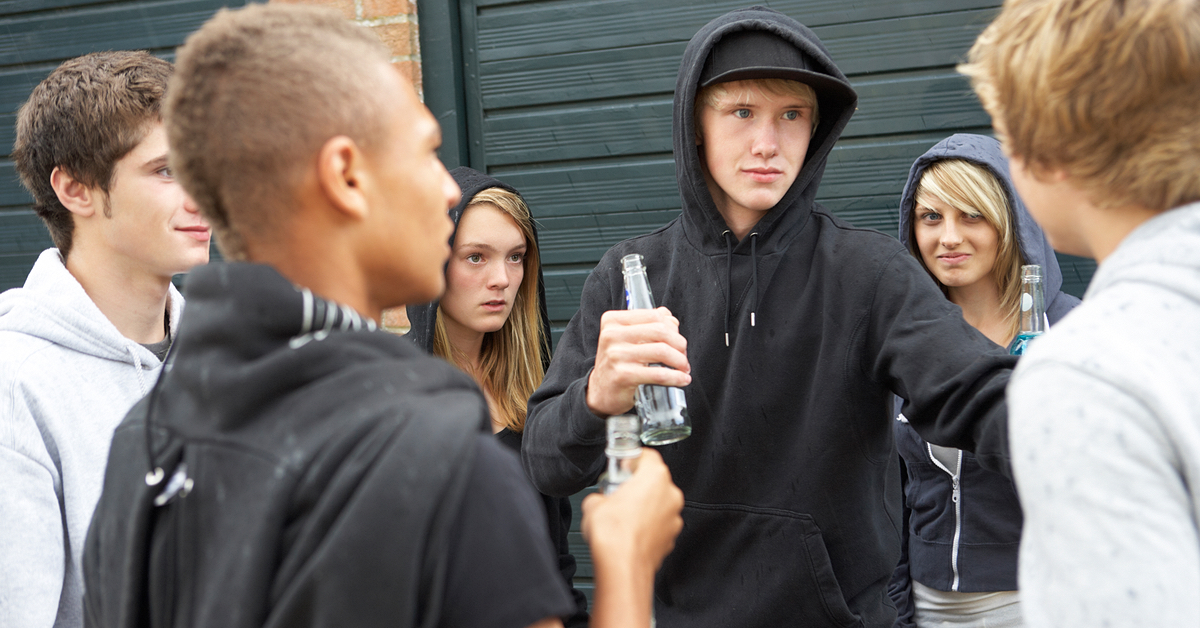 As parents, teachers, and concerned observers, we hear a lot about teen violence. Unfortunately, it's a problem that continues to worsen over time – and that deserves our attention. While experts study the issue and media coverage increases our awareness, it's difficult to know where to turn for real solutions.

However, if we can identify the root cause or causes of teen violence, perhaps we can begin to recognize potential problems before we have a violent behavior pattern that is difficult to change. Why, for example, do some teens act out in violence while others do not? Where do those tendencies come from, and what are the risk factors that might help us predict violent potential?

According to the Centers for Disease Control and Prevention, there are several risk factors that could indicate a potential for future violent behavior. While these factors are not a direct cause, they do contribute to a higher likelihood of violent behavior in teens. There are risk factors that operate on an individual, family, or community level.

Some Individual Risk Factors Include:

But There is More to the Story

While we may gain an understanding of the risks and other contributing factors for teen violence, they don't always offer a complete explanation. Some teens will act violently in the absence of these risk factors, while others will buck the trend and keep themselves clear of violent behavior, even in an environment where several risk factors are present. This leaves many to look even deeper for a root cause of teen violence.

The nature vs. nurture debate has been ongoing for decades. It asks the question: are people born with violent tendencies, or is violence a learned behavior only?

On the nature side, a 2014 Finnish study conducted a genetic analysis of nearly 900 violent offenders, identifying two genes the authors associated with violent crime. They found that those with specific variants of the genes MAOA and CDH13 were 13 times more likely to exhibit a violent pattern of behavior.

However, it was also found that this so-called “warrior” gene is present in a large percentage of the general population of non-violent people. Further, the majority of the most violent offenders studied did not even possess this “high-risk” genetic combination.

In support of the nature argument, leading psychological expert in aggression management, Dr. Arnold Goldstein, searched for the fundamental source of aggressive behavior. His studies lead him to postulate that aggression is primarily a learned behavior. For example, he concluded that children who are exposed to aggressive behavior at home, in the media, or with peers may observe it as a means of getting what they want. So when a conflict arises, they resort to using what they know to control the situation and gain their objective. When other children shy away from interacting with them, the children who have learned aggressive behavior tend to gravitate toward each other, thus reinforcing and normalizing these tendencies.

As you can see, there has been extensive study of the root cause of violent behavior, and the debate continues with no absolute answer. But where does that leave parents who are concerned about the future of their combative or aggressive teen?

There is No Easy Answer – But There is Hope

Whatever the cause or causes of teen violence, there is bound to be overlap between several factors. There may indeed be some genetics at play, but the topic is still under intense study. There are likely some contributing environmental issues as well, but those could come from a number of sources. One thing is certain: whether the cause of teen violence in your situation is genetic or environmental – or both – many contributing factors may have an impact on a teen's ability to make wise decisions, especially in the heat of the moment.

While the potential roots of teen violence continue to be examined, perhaps the best thing concerned parents can do is to to be proactive. If your teen is living with some of the above risk factors, it's important to try and remove as many of them as possible in your case. Perhaps they need treatment for a learning disorder. Maybe they need deeper, more positive attachments to you and your community. Or, there could be family conflicts that need peaceful resolution.

Along with examining the risk factors that may be present in your teen's life, you can learn to recognize the earlier warning signs of violent teen behavior, so you can get them the help they need before things get out of hand. These warning signs may include:

If your teen's behavior does concern you, there are some things you can do at home to encourage more positive, non-violent ways to deal with their feelings.

If at any time you worry that your teen may need some outside help for violent behavior, don't hesitate to speak to a counselor or therapist. In extreme situations, more intense help is available, including in-patient therapy. In any case, the sooner you take action, the better. With the proper guidance, you and your teen can build the successful future you both deserve.