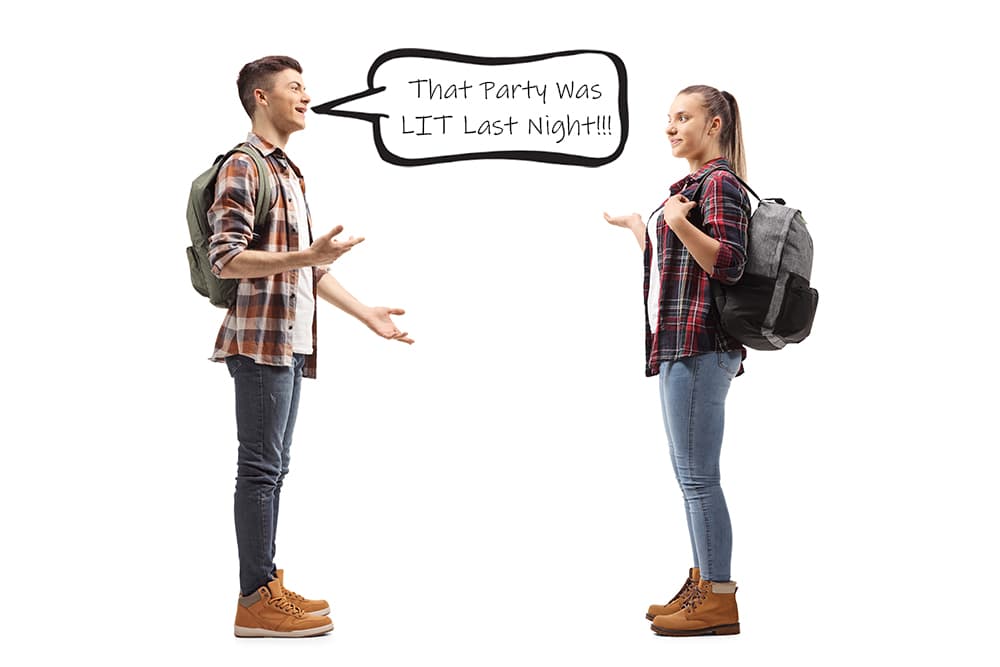 “The tipping point is that magic moment when an idea, trend, or social behavior crosses a threshold, tips, and spreads like wildfire”--Malcolm Gladwell, in his book The Tipping Point: How Little Things Can Make a Big Difference. Malcolm Gladwell’s book The Tipping Point is one of the key texts in studies on society and culture. In this book, Gladwell talks about how major trends in the past and present are fuelled by smaller movements in society. For example, he talks about how different shoes became popular due to a minority of young people wearing them as a fashion statement. Keeping this sociological principle in mind, this article will help you understand teen talk and the use of slang in 2020 and beyond. It will provide the context for these linguistic terms as well as why these terms matter in the first place. As you’ll discover, teen talk can give you insight into teens and consumer culture.

The Sociolinguistics of Teen Talk

As Gladwell and other sociologists have found, young people are some of the key demographics in starting and maintaining trends. That is why many strategists and economists turn to teens in order to understand future trends and movements. So besides being part of the “in crowd,” learning how teens talk can help you in many ways. Here’s why you need to learn slang used amongst teens: To understand more about teen culture, you can also view this article on popularity and teens.

Slay The Conversations You Have with Your Teen: 10 Terms You Need to Know

Now that you’ve gained insight into why teen talk matters on many scales, learn 10 terms that will help you slay your conversations with your teen.

Beyond Language and Culture: Understanding Your Teen